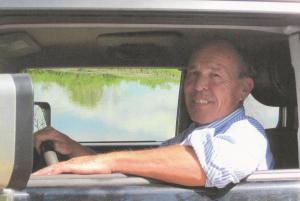 They bloom to join us in the new sun. It’s in all of our hearts to yearn for spring warmth, especially as we winter the old cold of the season. If we walk our thawing trails we may be treated to a bit of color and bloom among the bare plants alongside. These are the special flowers of the spring, ones that come first out of the wild. Some feed from their underground bulb reservoirs of food. These plants starve for the good weather the same as we do. In my research on the earliest flowers, keep in mind that every area of the country has its favorites, some of which I did not select. On top of that, growing seasons vary and no one can schedule Mother Nature changes. So let’s look together across the nation and see what we can find flowering for us.

We could start near the Pacific Ocean in the state of Washington with the calypso orchid (calypso bulbosa).  This red flower (or small lady slipper) with a white lip appears in late March in California, the Rocky Mountains and across the northern states. Strangely, it attracts insects to pollinate it but fools them and gives no nectar in return for their effort. It’s also known as Fairy Slipper or Venus’s slipper.  It’s named for the Greek nymph Calypso of ancient poet Homer’s Odyssey.

As we approach the middle of the country, we see the popular bloodroot (sanguinaria canadensis) which has a pretty flower to cheer us up. The plant which is poisonous has a red sap which the Native Americans used as an insect repellent and a sunscreen. This use may have given birth to the English colonists’ description of red decorated native men and women as “redskins.”
The Algonquins and the Missouri Indians used the red stain on their palms as a love charm.

Further east, we find coming into blossom the entrancing Pennsylvania bittercress (cardamine pensylvanica). These plants like others of the early season grow in moist soil. The term cardamine comes from the Greek Kardamon a type of spice. It is also called Quaker Bittercress. This is a herb, not too bitter, and the leaves can be eaten raw or cooked. The glucosinolates in the plant can help to remove carcinogens from the human body. (Before eating make sure to identify the actual plant by pictures of bittercress in eattheplanet.com).

When we get to Virginia we find one of the most handsome of the spring blossoms. It’s called spring beauty (claytonia virginica). Another more practical name is fairy spud, because the Native Americans used the early growing roots as a form of potato after the winter scarcity of food.

Here’s a flower which takes on the end of winter with a stubborn and beautiful flower. It’s called roundleaf yellow violet (viola rotundifolia). It lives close to the ground and does not possess the stem of violets which sprout later in the spring.  This plant has come down to us in poetic terms. Check out William Cullen Bryant’s famous poem “The Yellow Violet” from the Poetry Foundation, (poetry foundation.org)

“When beechen buds begin to swell,

And woods the blue-bird’s warble know,

Peeps from the last year’s leaves below”

Yellow trout lilies (erythronium americanum) have to be included. They come up in the spring as far south as Georgia. The leaves of this plant are grey-green mottled with brown and resemble brook trout, thus the name. They grow in colonies that can be three hundred years old. Here’s something for you fishermen and women. The Cherokees used to chew on the root, a little tuber that tastes like cucumber, and then spit it into the river to make fish bite.

Thanks to Wikipedia.com, usda.gov, wildflowers.org, eattheplanet.com, fairfaxcounty.gov, and  illinoiswildflowers.info for various data on these flowers.